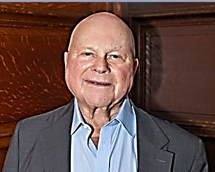 Robert Rubin, fondly known as Bob, joined Ruby Wines with his father, Irving and brother, Ted, after owning and operating several liquor stores around the Greater Boston area. Following college, Bob became CFO, while regularly running the sales team and routes that included Western Mass, Cape Cod & The Islands, and the Boston area. He served on the Board of Directors for the Massachusetts Restaurant Association for three terms; was a founding member of the Anthony Spinazzola Foundation and is a current member of the Confrerie de la Chaine des Rotisseurs.

Among his many awards and recognitions, Bob received the Israel Freedom Award in 2004, Greater Boston Association of Retarded Citizens (GBARC) Man of the Year in 2002, and the Massachusetts Restaurant Association’s Purveyor Executive of the Year in 1994. He remains greatly philanthropic, giving to the Dana Farber Association, Leukemia Association of America, Pan Mass Challenge, Special Olympics, and many other charities.

In the winter he spends most of his time at Ballenisles Country Club in Florida. He is an avid golfer and is currently a member of Pinebrook Country Club in Weston, MA and Banyan Golf Club in West Palm Beach, Florida, where he served on The Board of Directors and as the former Golf Chairman and Finance Chairman. He is also a former member of The National Ski Patrol and skied on Stratton Mountain’s Ski Patrol for over a decade, additionally serving as an EMT during that time.

Bob’s greatest passion remains the restaurant, hospitality and wine industry and the relationships that they create, and he greatly enjoys traveling for both work and pleasure. When he’s not traveling to wine country, or Europe, where he regularly meets with winemakers and suppliers, he can often be found enjoying island life, from Nantucket to St. Barths; Hamptons to St. Tropez, with a glass of Rosé (or – blasphemy – a vodka on the rocks with a slice of orange) in hand.

He is married to Nancy, his wife of almost fifty years, and has two daughters- Jaime who joined the company as part of the fourth generation in 2010 and Lindsay, who resides in New York City with her husband Jeff, and Bob’s two great grandchildren – Hayden and Dash.