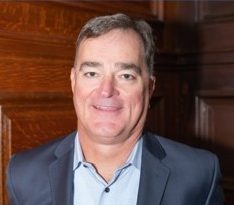 David joined Ruby Wines in 2010 with decades of experience, working for suppliers, as well as owning his own wholesale company. With his various expertise, business acumen, intricate consumer knowledge and vast understanding of sales and consumer trends, David has risen through the Ruby ranks, first as a portfolio manager with key suppliers, then as VP of Portfolios and currently as part of the General Management team, as Senior Vice President of Sales and Portfolio Management. In his current role, David leads the company’s Portfolio Management team, overseeing 250 portfolios as well as the fifty-person salesforce and Division Manager team.

During his tenure at Ruby Wines, David has been responsible for the launch and continued success of such brands as Josh Cellars, Roscato, and Cavit. David has been an instrumental figure to Ruby Wines increasing the company’s distribution among all brands and portfolios, as well as identifying exceptional new brands to bring into the fold.

Additionally, David was a founding member and essential part of the creation of the Independent Distributor Network, an alliance of 24 Independent distributors with the goal of overcoming industry consolidation by offering a new model for wine and spirits distribution. He has been quoted in such publications as Forbes, and has worked with distributors across the country, creating successful brands for the buildout and establishment of the IDN.

As a boat aficionado David can often be found, when not managing the Ruby Wines team, fishing or relaxing on his boat. He and his wife Lisa are proud parents to Greg and Molli.